The availability of free to use geodata as well as the new technological possibilities of generating topographic maps have led to a shift in cartographic workload from professionals to laymen. The new idea of Volunteered Geographic Information (VGI) (GOODCHILD 2007) has led to geodata being gathered by citizens, collected in projects such as OpenStreetMap (OSM) and eventually being made available under open data licencing. Even though the quantity of data input is comparatively high, its quality may be ambiguous (NEIS et al 2013). It has never been easier to generate topographic maps with global coverage than it is with this newly available and steadily growing data base. Web-based maps can be created via automated processes. As opposed to topographic maps from official institutions such as the Austrian Bundesamt für Eich- und Vermessungswesen (BEV) or the Swiss Swisstopo, individual elements of the map are not manually revised or edited, which may lead to different problems in depiction. The reason for this is the heterogeneity of OSM data, which complicates automated cartographic processes such as generalisation (TOUYA et al 2013). Semantic heterogeneity in particular, respective to the low quality of meta-data used for object classification, calls for new methods of geodata manipulation.

To ensure a high quality of depiction of topographic maps based on open data, it is necessary to develop new processes for generalisation which are adapted to the given data quality. In this study, a method for generalising water stream features derived from the OSM database is introduced. The method is based on classifying OSM water stream data through a drainage network generated from digital elevation models (DEM). The results are presented in custom-generated topographic maps based on OSM data and open data DEMs. Figures 1 and 2 show a test region (Region Hochkönig in Salzburg, Austria) on which the water stream generalisation method was applied. The comparison shows the impact of different parameters used to obtain a variety of classification levels. 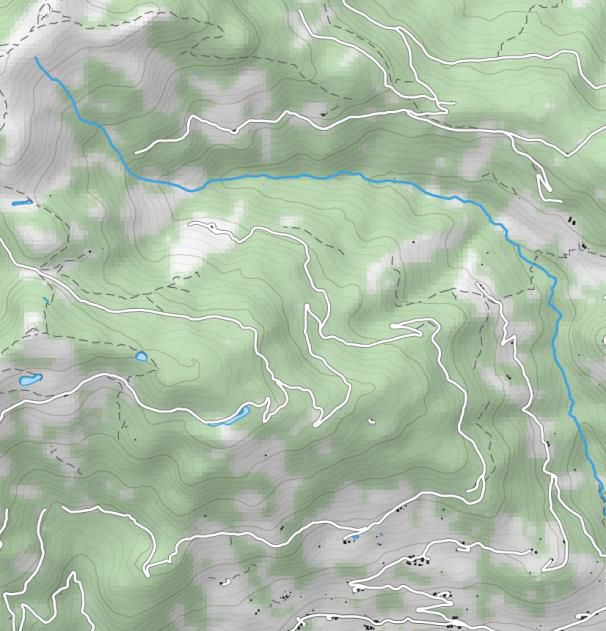 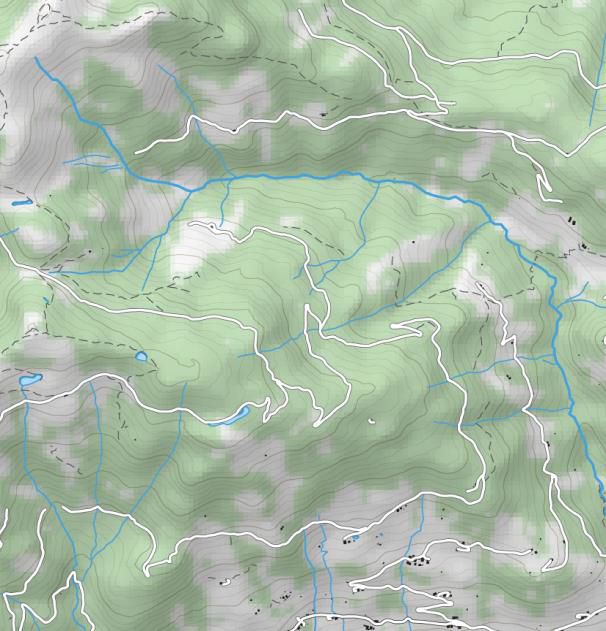 The presented work is part of the master thesis “Problems of Depiction of Automated Topographic Maps based on Open Data – Development of a Generalisation Method for Water Stream Networks derived from the OpenStreetMap Database” (HAJEK 2017), submitted at the University of Vienna, Department of Geography and Regional Research, Cartography and GIS.